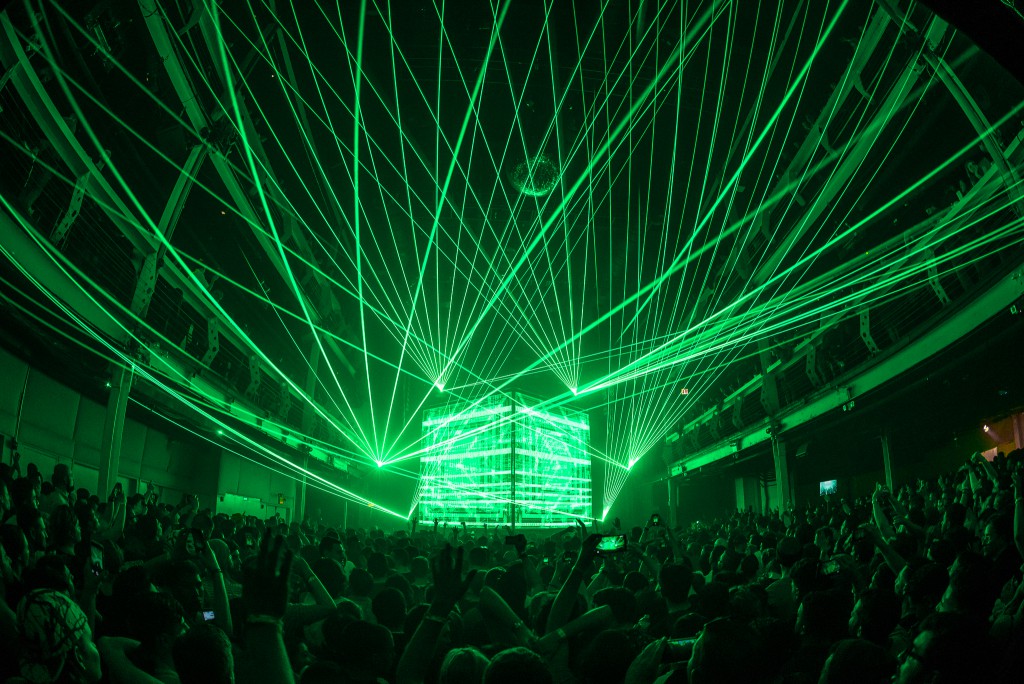 Some of us aren’t entirely sure it really happened. Terminal 5 was host to a trio of performances by Eric Prydz over the weekend. He debuted his EPIC 4.0 rig, and boy oh boy, was he not kidding around when he used the word epic. deadmau5 and any live act worth their salt create light shows to go with their live sets, but this is the stuff of legend folks. Prydz went far & above the call of duty, not only in ambition but execution. As the media you’ll see in this review illustrates.

While lots of people dashed off write-ups of the show that were little more than a puff piece and tracklist, I wanted to wait until I had access to the best media available for it. This wasn’t just another show, this was a journey. Even the opener was no slouch & did their job perfectly. The incomparable Sebastien Leger was a fantastic choice for the opening set. Some people balked when they realized he’d get 2hrs, but the event was better for it. The brisk, uptempo but funky tech house is definitely “in” right now in Manhattan & Brooklyn, so hearing it on the massive Terminal 5 system was a rare treat. The tightly mixed, globally minded stylings of Leger threw back to his Essential Mix in 2010 (remember, when we were all obsessed with Dubstep?). We appreciated it, but we knew what we were waiting for.
[youtube https://www.youtube.com/watch?v=RRybjXTaGaI]
The cube had LEDs running along it in 3 dimensions, in addition to the wall of color changing lasers that flanked the cube, above & below. Lasers seemed to be the name of the game, but the 3d projection both inside the cube faces, and also on a transparent frame that hung above the DJ. That meant that Prydz could be seen within a lot of the more complex imagery used by the production in fun ways. Whether it was being in the center of a whirlwind, watching sacred geometry lead back to him or producing captivating cinematic builds to go with the music. It was expertly hung as well, ensuring the sweet lasers didn’t hit anyone in the eye. An oversight that most do it yourself producers forget, but the alignments were professional and the rig did exactly what it needed to, when it needed to, how it needed to. 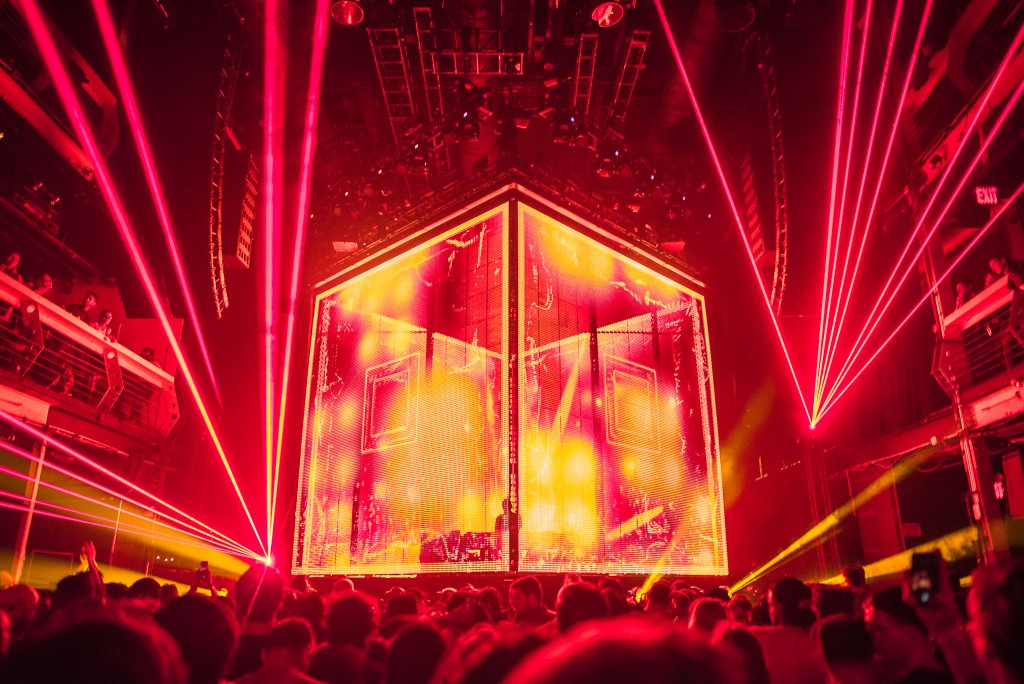 The performance needs to go into the textbooks for what Progressive can be. Prydz has always been one of the greatest champions of the Prog space, doing it better than most ever will. He’d be the first person to tell you that his sound is continually evolving, and his live set was a great step forward in that journey. While Opus, Originate & many other of his album hits showed up, there were a bunch of surprises that even the snobbiest fan could deny. 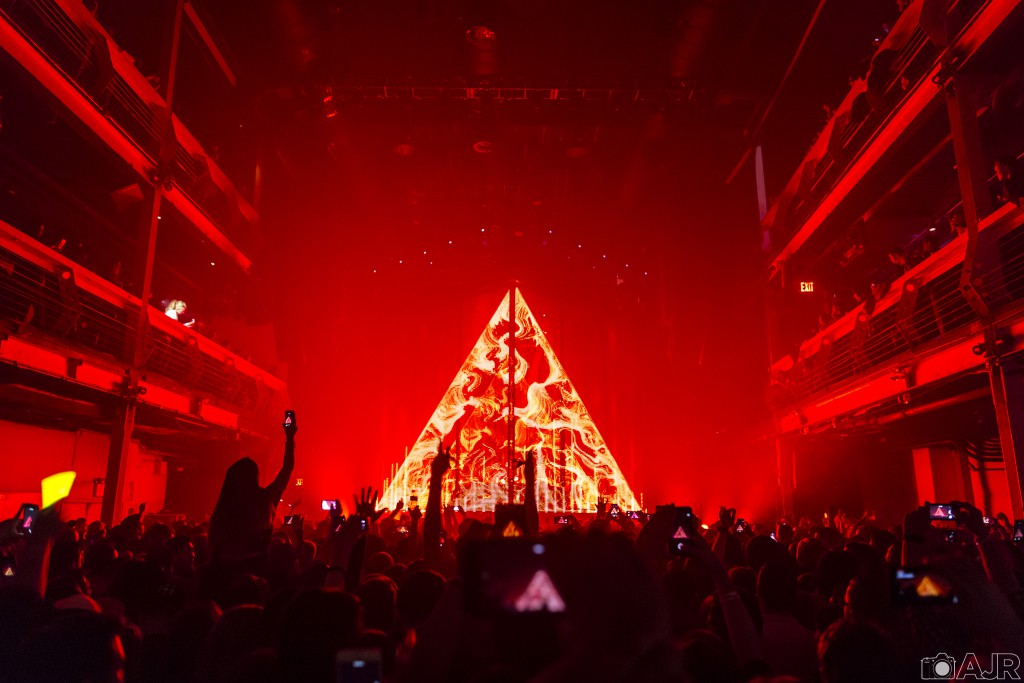 Liberate, Every Day & The Matrix were played in ways we could only dream of hearing & seeing them previously. The visual work was second to none. The crowd made whispered comparisons to the Excision & Amon Tobin shows, but Prydz was able to create something wholely his own. Not only for him, but for the uptempo progressive space itself. And the best part was, it was long. 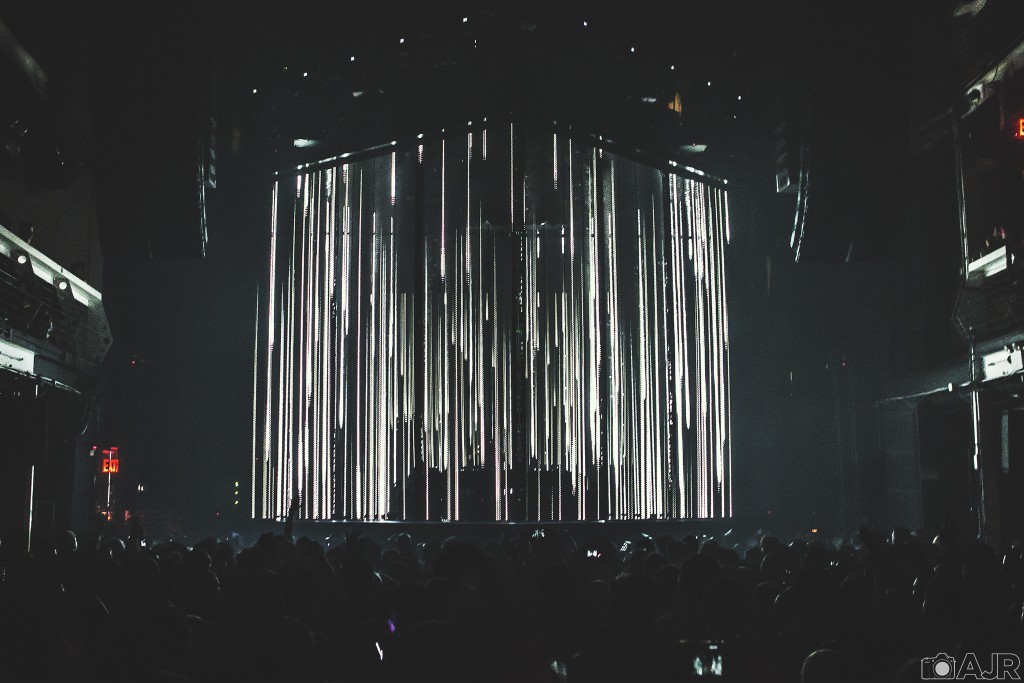 I was expecting a 90min show, as I’d been slowly pushed to expect it in the era of shrinking club & festival sets. 4.0 lasted almost 3 hours. Delighting everyone in the sizable room, the beat went on and on. Even ending with Mausingtrap came as a delight. If you’re on the West Coast, don’t miss this tour. If you missed it in NYC, I’m pretty sad for you. It was one of those things I was glad to have been in the room for. It’s gonna do some serious face melting across the globe. Just you watch. This is Terry Gotham, see you on the dance floor.
[youtube https://www.youtube.com/watch?v=nqQYGbya2Fs]
Photos generously provided by Andrew Rauner & Julian Cassady.
Video provided by EDMTunes.

Airwave – In The Mix 007 – Progressive Sessions

Parallels: An Interview With Monoverse

Wake Your Mind: An Interview With Cosmic Gate